In an earlier study by Siegler, et al., 61 children were followed for a mean of 9.6 years following the acute episode of HUS. The risk of late complications was 39% of all children with a past history of HUS. The duration of oligoanuria was found to be the best predictor of late complications. Among 34 children with oliguria, 15 (44%) had proteinuria at follow-up. In children who required dialysis, 52%, 41%, and 56% had proteinuria, decreased creatinine clearance, or any renal sequelae, respectively. Abnormalities appeared after an interval of apparent recovery.

In an article by Gagnadoux, et al., 29 children were evaluated 15-25 years after the acute phase of HUS. Only 10 of the 29 children were normal, 12 had hypertension, three had chronic renal failure, and four had end-stage renal disease. Severe sequelae occurred in children with oligoanuria for more than or equal to seven days. The renal histology was the best predictor of long-term complications. The authors concluded that the risk of renal failure after a seemingly cured childhood HUS is not negligible. Other studies by Caletti, et al., have also demonstrated that histologic findings of focal and segmental sclerosis, and hyalinosis are observed several years following HUS. In that article, only a quarter of the children had normal renal function during long-term follow-up.

In an article by Milford, et al., 40 children with HUS were studied to determine the risk of late complications. Of the 40 children, 17 required dialysis while 23 did not. Of the 17 children who required dialysis, six had hypertension with or without chronic renal failure during follow-up (35.5%). Of the 29 children who were considered to have recovered completely and demonstrated a normal urinalysis during follow-up, four had proteinuria during later follow-up (13%).

In an article by Tonshoff, et al., 26% of patients with oliguria of less than seven days had long-term renal complications. In an article by de Jong, 96 children with HUS were followed for 10 years. Seven of 29 children (24.1%) with oliguria of 7-14 days duration or anuria for less than seven days had reduced GFR, proteinuria, or hypertension. In an article by O’Regan, et al., 11 of 37 children with a previous episode of HUS had a reduced GFR. The authors concluded that HUS might result in an appreciable deterioration of GFR that is not detectable by routine laboratory tests.

In a study by Calderon-Margalit, et al., investigators conducted a nationwide, population-based, historical cohort study of 1,521,501 Israeli adolescents (who were examined for compulsory military service). Data were linked to an Israeli end-stage renal disease (ESRD) registry. The authors found that ESRD developed in 2,490 persons and that a history of any childhood kidney disease placed them at higher risk. The authors concluded that a history of clinically evident kidney disease in childhood (even if renal function returned to normal in adolescence) was associated with a significant increased risk of ESRD, which suggests that kidney injury or structural abnormality in childhood has long-term consequences. In an accompanying editorial in the same issue as the previous manuscript, Dr. Ingelfinger (a pediatric nephrologist) discussed the implications of the study in an editorial entitled “A Disturbing Legacy of Childhood Kidney Disease.” She noted that, “[d]espite an apparent resolution of various kidney diseases during childhood, undetectable and poorly understood damage may confer an increased risk of chronic kidney disease in adulthood.” Dr. Ingelfinger noted that childhood hemolytic uremic syndrome increases the risk of chronic kidney disease as an adult, even if the person has completely recovered from the acute illness.

In a manuscript published in Frontiers in Pediatrics, the authors studied 312 children with HUS (most had STEC-HUS while a few had non-STEC-HUS) and noted that although renal outcome has improved over the last decades, patients with HUS still face a high risk of permanent renal damage.


In two studies—one entitled “Long-term Risk of CKD in Children Surviving Episodes of Acute Kidney Injury in the Intensive Care Unit: A Prospective Cohort Study” and the second entitled “Predicting Progression to Chronic Kidney Disease After Recovery From Acute Kidney Injury”—the investigators followed children with all causes of AKI for later chronic kidney disease (CKD). Each study concluded that children with apparent full recovery are at risk for later CKD.

In a study by Monet-Didailler, the investigators performed a retrospective study of children under age 15 diagnosed with STEC-HUS who were treated with eculizumab, comparing their renal and extra-renal sequelae with those who had not received the drug. At 12 months of follow-up, renal outcome was not significantly different between the two groups. At the last follow-up, the prevalence of decreased GFR in the eculizumab group (27%) was not statistically different from that in the control group (38%), as was the prevalence of proteinuria and high blood pressure. Children who received eculizumab more often had extra-renal sequelae during follow-up. Eculizumab treatment appeared to be safe in children with STEC-HUS. However, the benefit of eculizumab on renal and extra-renal outcomes in STEC-HUS could not be established based on the study’s findings.

Thus, children who appear to have recovered from HUS may develop late complications. A precise determination of the risk of late complications is not likely. It is important to note that the risks of long-term (more than 20 years) complications are unknown and are likely to be higher than risks at 10 years, as many of the above studies describe.

All persons who have experienced HUS should be formally evaluated by nephrologists (kidney specialists) at a year following their acute illness. Kidneys injured by HUS may slowly recover function over at least a six-month period following the acute episode (and perhaps longer). Even persons with “mild” HUS who did not require dialysis should be formally evaluated. Such an evaluation should include a routine physical, blood pressure measurement, and blood and urinalysis from which a kidney filtration rate and a urine protein:creatinine ratio can be calculated.

Physicians doing follow-up on HUS patients will carefully look for indications of kidney injury; these will include whether there is an abnormal amount of protein in the urine that may signal a significant injury to the kidneys, or blood in the urine, which also can reflect kidney injury. An assessment of the HUS patient’s GFR is essential to determining whether the kidneys are functioning in the normal range for that person’s age, sex, and size. It is also important to establish a baseline GFR so that future assessments of kidney function can reflect any potential loss of filtering capacity over time.

Studies done to date on HUS outcomes have largely confirmed a positive correlation between the severity of kidney involvement and the development of renal sequelae requiring invasive interventions over time, particularly the need for extended dialysis. However, it has been shown in multiple studies that even moderate kidney compromise in the acute phase of HUS can result in long-term complications due to damage to the filtering units in the kidneys.

Medical follow-up is important because of the risk of deteriorating kidney function. One study of HUS patients noted that, “[o]f the 28 patients with a normal GFR at 1 year, 3 deteriorated into mild CKD [chronic kidney disease] at 5 years.” The study’s authors went on to conclude:

We conclude that renal function at 1 year following HUS cannot be predicted with any certainty from the initial illness and should be formally assessed. However, renal function was within normal limits and remained stable between 1 and 5 years following HUS in most children. The results suggest that longer-term follow-up can probably be restricted to those with proteinuria, hypertension, and abnormal ultrasound and/or impaired GFR at 1 year.

There is simply no way to precisely measure the extent of damage to the kidneys as a result of HUS. And there are still no studies that have followed HUS patients over their lifetimes. Thus, the best practice is to make sure that any child or young adult follows up with a kidney specialist until that physician is convinced that further follow-up is no longer necessary. 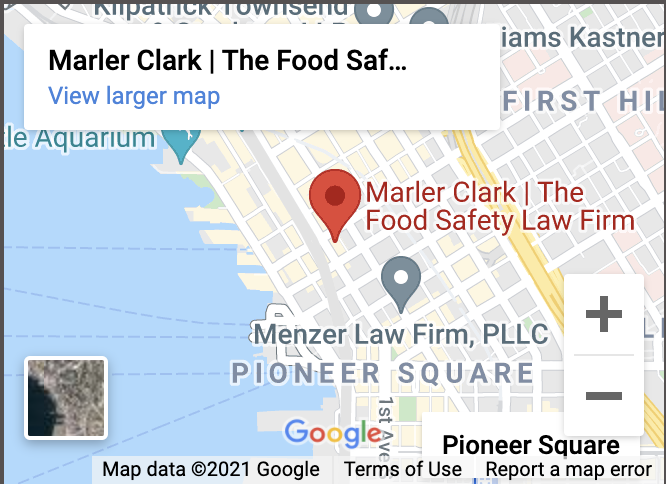